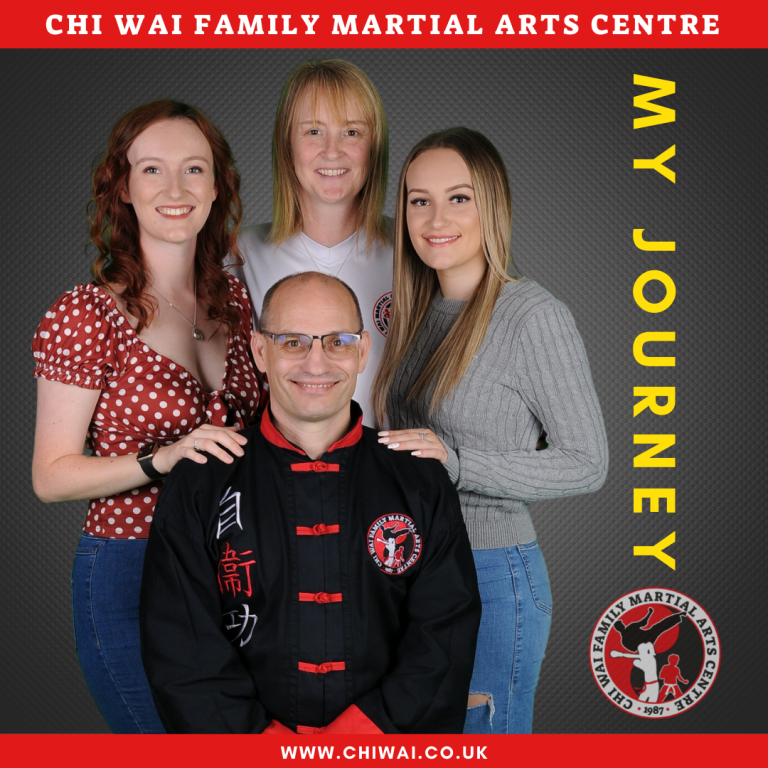 Hi,
I’m Lee Kent and I’m lucky to be running the Chi Wai Family Martial Arts Centre, here in Cheltenham.
I’ve been asked several times, what made me begin my martial arts journey.
So here goes…
BULLYING!
YEP, No surprise there.
For a long time, I was bullied, mainly mentally but also physically. It began in my first infant school. Then continued in my junior school. I remember it made me dread going to school. After every school break, I’d go back into the school hoping things have changed. Praying that they were going to be okay… But NOPE! Things carried on, day in and day out.
Don’t get me wrong. It wasn’t that each day I was beaten up. No, it was mostly mental. The looks in the classroom, Comments, Jokes where I was the punch line.
Then came the end of junior school. The bully was going to a different secondary school than me. So that was it. All over.
WRONG AGAIN. New school, new bully. I guessed that I just attracting that type of person to me. Guess I was an easy target? A Bully Magnet?
Then…
No, it wasn’t Martial Arts….
It was boxing!
This was a small turning point. I began boxing and I found that I was quite good at it. Even if I do say so myself.
So, I was getting into the training, Still being bullied at school, but it was a bit better because I could go training and hit the bags. A great stress relief.
Then it happened. The bully at my secondary school began boxing at the same club as I was training at. I’ll never forget the day our coach called us both out to step in the ring together…
He looked over, a small grin on his face. I was just bricking it!
The bell went and we began to box. He was quite a bit bigger than me so I could move around the ring better. Then he hit me… “NOT BAD”. I’m used to that now. It didn’t hurt. Then he went to hit me again, I Blocked it, Counter struck and he stepped back. “WOW. Okay? Let’s keep going”.
Long story short, I managed to knock him on his butt a couple of times. Love it!
Surprise, surprise the bullying stopped. Well, it didn’t completely stop but it was a hell of a lot better.
Then I found Martial Arts.
It was Christmas 1986, and the late, great Bruce Lee was on the TV. Enter the Dragon.
“WOW! I want some of that”. It was amazing. So, I found my local Martial Arts school and went along.
The training was good. I picked things up fast. Loved the techniques etc. But…
Looking back, I now know my confidence and self-esteem wasn’t really improving. Yes, I could protect myself if someone tried to hurt me. Whilst boxing I won a few local tournaments and in martial arts, I was able to keep up with their higher grade. Happy Days…
But mentally the bullying was still affecting me. I was still a pushover. I wouldn’t stick up for myself. Even when I left school and went to work. My boss was a bully. I was an apprentice, so his attitude was, cheap labour, clean floors, empty bins. Do as you’re told without question. AND I DID?
For years and years, this continued. I didn’t even realise just how bad I was. How low my self-esteem was. No-one did. My family and friends knew me as the Boxer and Martial Artist who could handle himself.
But inside I was completely different. I just wished I could simply curl up and stay at home.
Then over time, I began to realise what being happy with myself felt like. I lost my job as a mechanic and went to work in a factory.
In the factory the same thing. Lee do this, Lee do that. Then one day I decided… I’m not taking it anymore. No more pushover. Don’t get me wrong, I’ll work hard, I’ll try my best. This is already in my core values. My parents always worked hard. Boxing and martial arts needed me to work hard. But I had never stuck up for myself mentally. I didn’t even know that mental health was a thing.
My confidence began to grow, I now know as it grew it helped to improve my self-esteem.
I started running martial arts lessons and really started to move forwards. And I began to learn how to help others who felt the same as I did.
I still have a journey to go, I think it’s something it’s something we all work on throughout our lives, but now in 2021 I know I’m on the right track.
I am passionate about others NOT going through the years and years of self-doubt and low self-esteem I have been through. Never feeling good enough.
That’s why the Chi Wai Family Martial Arts Centre concentrates on developing both physical and mental training for anyone who is willing to learn.
If you feel you know someone who could benefit from positive physical and mental training, or if you feel I could help you in any way. Please reach out. I’m keen to help our community become a confident, respectful community.
Thanks for reading and I sincerely hope you found this shortened version of my journey helpful.
Lee Kent
Founder of Chi Wai Kung Fu and Co-director with my amazing wife Lisa of the Chi Wai Family Martial Arts Centre.